NI Trucks, TVC Parts and Star Rentals recently raised money for Defibs4kids.NI for the installation of a defibrillator at the Barista Coffee House at Loughshore Park. 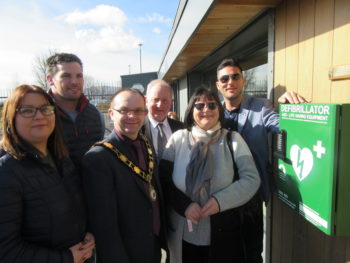 Sign up to our Newsletter to receive the latest news, email marketing and offers on new and used trucks direct to your mailbox.