After 40 years of service with NI Trucks, Mr David Dunlop is retiring today. 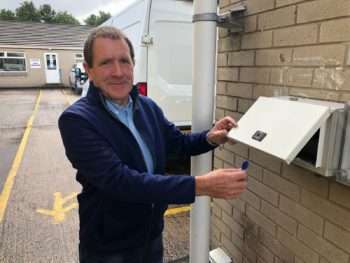 Davey started with NI Trucks as a workshop foreman and his reputation for quality control was second to none. More recently, Davey became a driver for the company and played a vital role in our customer handover process. His contribution to the organisation cannot be overstated and a testament to Davey’s character is evident in the esteem he’s held in throughout the company.

It goes without saying that Davey will be greatly missed in the NI Trucks team but from all here we wish him the very best of luck in his retirement and all his future endeavours.

Sign up to our Newsletter to receive the latest news, email marketing and offers on new and used trucks direct to your mailbox.